St. Francis of Assisi's Sermon to the Birds 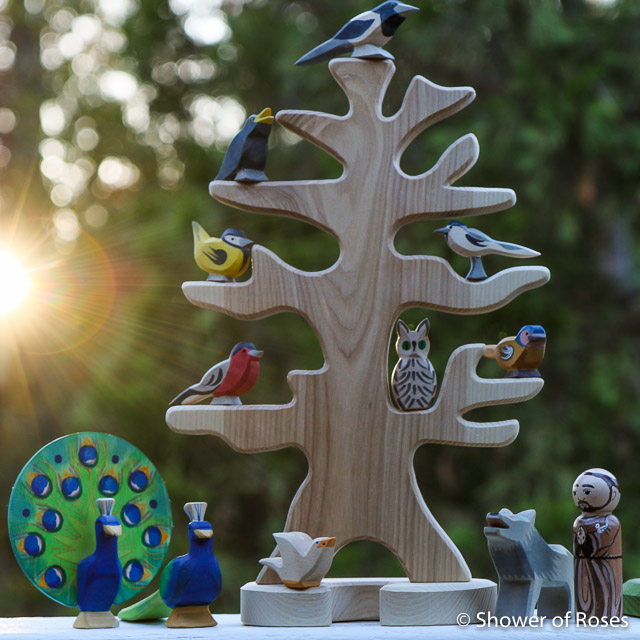 "And as he went on his way, with great fervour, St Francis lifted up his eyes, and saw on some trees by the wayside a great multitude of birds; and being much surprised, he said to his companions, "Wait for me here by the way, whilst I go and preach to my little sisters the birds"; and entering into the field, he began to preach to the birds which were on the ground, and suddenly all those also on the trees came round him, and all listened while St Francis preached to them, and did not fly away until he had given them his blessing.

And Brother Masseo related afterwards to Brother James of Massa how St Francis went among them and even touched them with his garments, and how none of them moved. Now the substance of the sermon was this:

"My little sisters the birds, ye owe much to God, your Creator, and ye ought to sing his praise at all times and in all places, because he has given you liberty to fly about into all places; and though ye neither spin nor sew, he has given you a twofold and a threefold clothing for yourselves and for your offspring. Two of all your species he sent into the Ark with Noe that you might not be lost to the world; besides which, he feeds you, though ye neither sow nor reap. He has given you fountains and rivers to quench your thirst, mountains and valleys in which to take refuge, and trees in which to build your nests; so that your Creator loves you much, having thus favoured you with such bounties. Beware, my little sisters, of the sin of ingratitude, and study always to give praise to God." 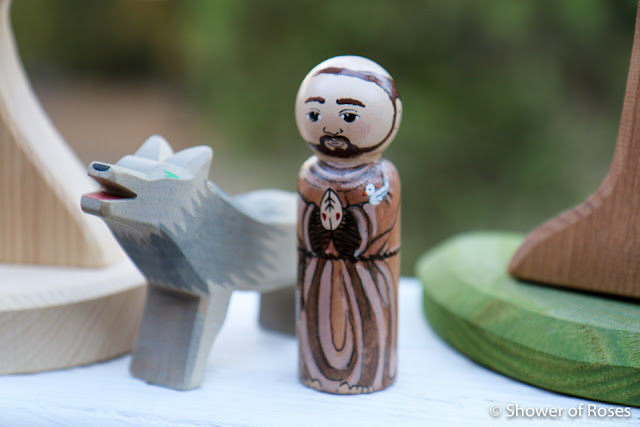 As he said these words, all the birds began to open their beaks, to stretch their necks, to spread their wings and reverently to bow their heads to the ground, endeavouring by their motions and by their songs to manifest their joy to St Francis. And the saint rejoiced with them. He wondered to see such a multitude of birds, and was charmed with their beautiful variety, with their attention and familiarity, for all which he devoutly gave thanks to the Creator.

Having finished his sermon, St Francis made the sign of the cross, and gave them leave to fly away. Then all those birds rose up into the air, singing most sweetly; and, following the sign of the cross, which St Francis had made, they divided themselves into four companies. One company flew towards the east, another towards the west, one towards the south, and one towards the north; each company as it went singing most wonderfully; signifying thereby, that as St Francis, the bearer of the Cross of Christ, had preached to them and made upon them the sign of the cross, after which they had divided among themselves the four parts of the world, so the preaching of the Cross of Christ, renewed by St Francis, would be carried by him and by his brethren over all the world, and that the humble friars, like little birds, should posses nothing in this world, but should cast all the care of their lives on the providence of God."

- Excerpt from The Little Flowers of St. Francis
The First English Translation, Revised and Emended by Dom Roger Hudleston. Source 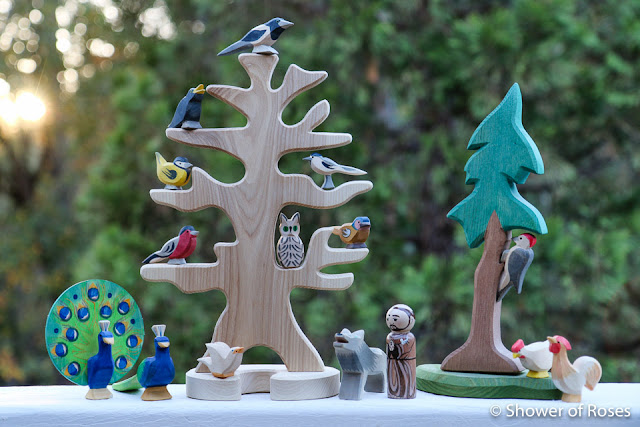 The wooden trees and figures pictured (excluding our St. Francis from Catholic Folk Toys) are all made by Ostheimer. I purchased the Bird Tree, along with a couple birds, from The Wooden Wagon for our daughter's birthday a couple years ago and the tooth fairy has been adding additional birds, one at a time, to her collection ever since!


More posts for the feast of St. Francis of Assisi can be found in the archives.

St. Francis of Assisi, pray for us!