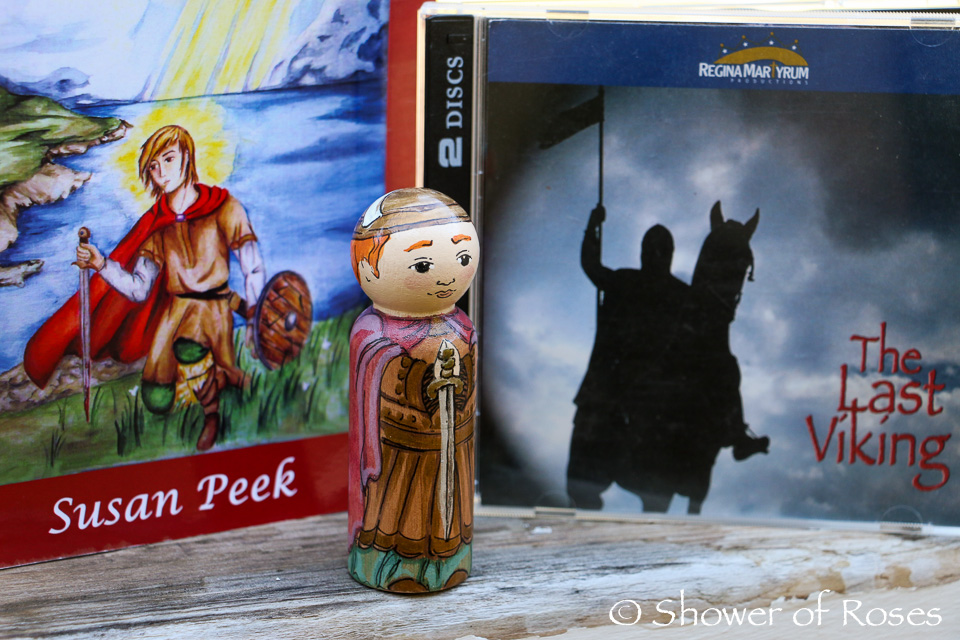 "St Magnus, Earl of Orkney, was a man of extraordinary distinction, tall, with a fine, intelligent look about him. He was a man of strict virtue, successful in war, wise, eloquent, generous and magnanimous, open-handed with money, sound with advice and altogether the most popular of men."
The Orkneyinga Saga

April 16th is the feast of St. Magnus, Earl of Orkney. He has been one of our oldest son's favorite saints ever since he first listened to The Last Viking (The Story of St. Magnus) audio story when he was seven years old. The story of St. Magnus is a pretty intense and one that we probably should have saved until the boys were teens before sharing it with them... Nevertheless, the heroic life of St. Magnus made a strong impression. You can see him dressed up as St. Magnus in 2007 here!

It's hard to find books and statues of St. Magnus, but in addition to the inspiring audio story, Captain was also given a signed copy of author Susan Peek's St. Magnus, The Last Viking for his 14th birthday which he couldn't put down. Last December St. Nicholas left a beautifully painted St. Magnus in his slippers from Catholic Folk Toys. Our Thursdays are extra full days this school year, which doesn't leave much time for additional crafts, but I did manage to come up with a special afternoon snack with a few ingredients I found in the cupboard!  You can find the directions for these Viking Shield Cookies over at Catholic Cuisine. 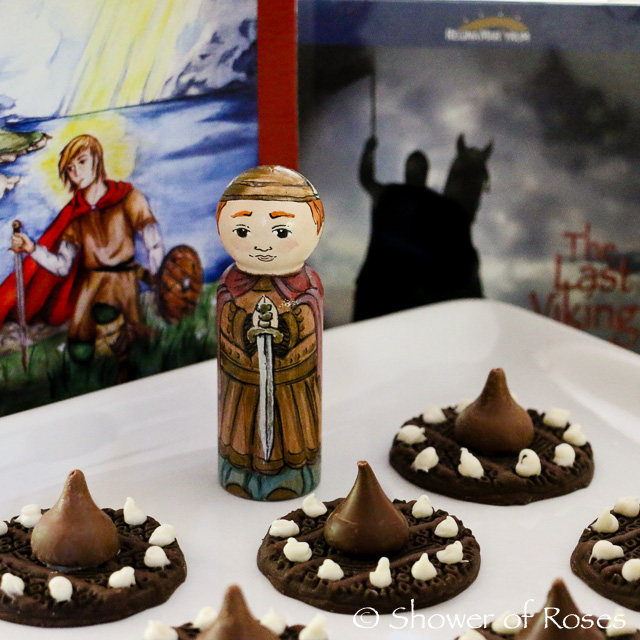 May the precious merits of Thy martyr St Magnus protect us, O Lord, by which, preaching the works of Thy Majesty, may we receive Thine aid both now and forever.