"F stands for Forests,
with trees tall and straight.
The majestic eastern white pines
are the official trees of our state."
~ L is for Lobster: A Maine Alphabet Alphabet 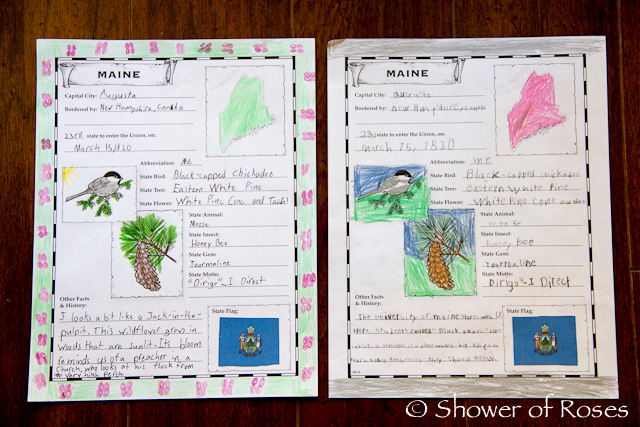 For the state of Maine, the 23rd state in our State-by-State Study, the girls considered making Lobster or Clam Chowder, but ultimately decided on a fun "Pine Cone" themed snack after reading L is for Lobster: A Maine Alphabet and completing their Maine Notebook Pages.  Their Daddy is a Forester after all!

"More than 90% of Maine is covered in forests.  No other state has such a high percentage of woodlands. In the early days, forests were full of eastern white pine, so it was a natural choice for our official state tree.  The pinecone tassel is our state flower. The "Pine Tree State" is our nickname."
~  L is for Lobster: A Maine Alphabet Alphabet 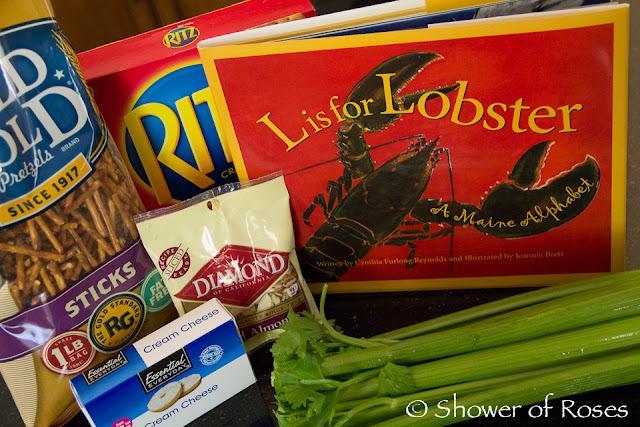 For each, spread a generous amount of cream cheese onto a round cracker. Starting at the bottom, layer almond slices on top of the cream cheese for the scales. Add a small piece of a pretzel stick for the stem and serve with thinly sliced celery pine needles. 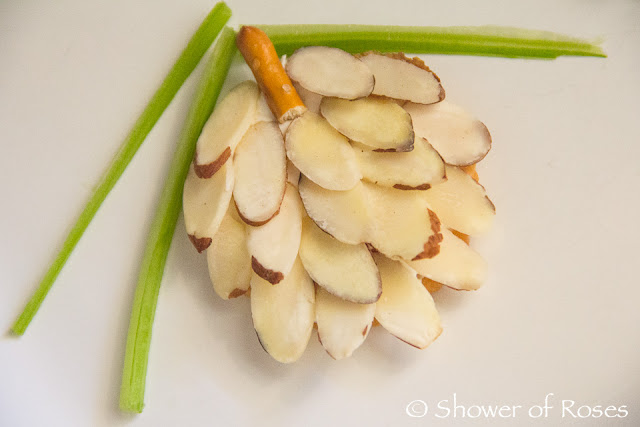 Resources we used for this State Study:

Other Posts of Interest: