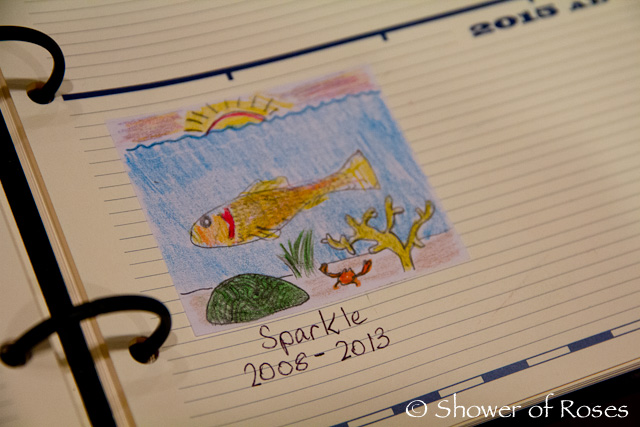 Those of you who have been visiting my blog since the very early days might remember back in 2008 when we bought goldfish for the four oldest (which were their very first pets), named the goldfish, mourned the loss of Mr. Peter Nemo, quickly followed by the loss of Princess and Flower.  Rascal's fish Sparkle, however, lived a very long life which came to an end this afternoon... Yes, today was another sad day, especially for Rascal, when he discovered that his fish had died!   The boys have planned the burial for tomorrow.  In the meantime Rascal added Sparkle to his timeline to remember forever... I sure love these sweet, sentimental children of ours!
Posted by Jessica Gordon