Valentine Cards for the President 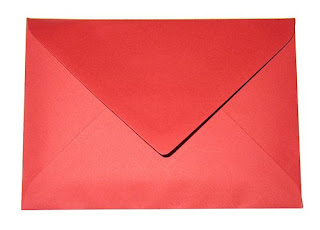 With Valentines approaching, this gets to the heart of the matter.
Get a red envelope. On the front, address it to:

President Barack Obama
The White House
1600 Pennsylvania Ave. NW
Washington, D.C. 20500
On the back of the envelope, write the following message.
This envelope represents one child who died in abortion. It is empty because that life was unable to offer anything to the world. Responsibility begins with conception.

Put it in the mail, and send it. Then forward this to every one of your friends who you think would send one too. I wish we could send 50 million red envelopes, one for every child who died before having a chance to live. Maybe it will change the heart of the president?
Another woman wrote, "Good idea but if you get the flimsy envelope then it will not work and it will jam the Post Office's Automated Machines." She suggested putting a blank white poster card or card stock in the envelope.
MY IDEAS -
If you don't have red envelopes, let your littlest color or paint white envelopes red so they can be involved. The potential of a child......

Another idea for inside the card is a white card stock note saying....

OPEN your heart to the lives of your unborn CITIZENS. Be a President to ALL Americans!
Put in a bunch of prayer cards while you're at it! :) PASS IT ON.

We will be mailing ours out tomorrow. Won't you join us?
Posted by Jessica Gordon

Email ThisBlogThis!Share to TwitterShare to FacebookShare to Pinterest
Labels: Pro-Life