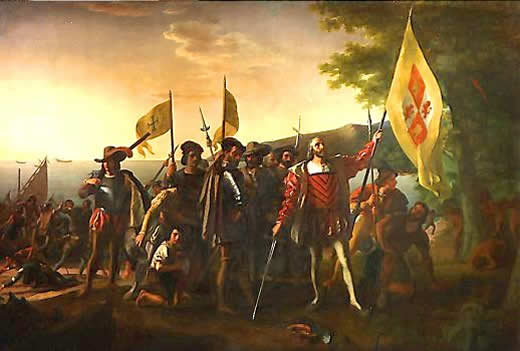 October 12th marks the anniversary of Christopher Columbus's arrival in America back in 1492. In the United States, we celebrate Columbus Day on the second Monday of October.

We are taking a short break in our current American History Studies to do a quick review of Christopher Columbus.

We will be reading: 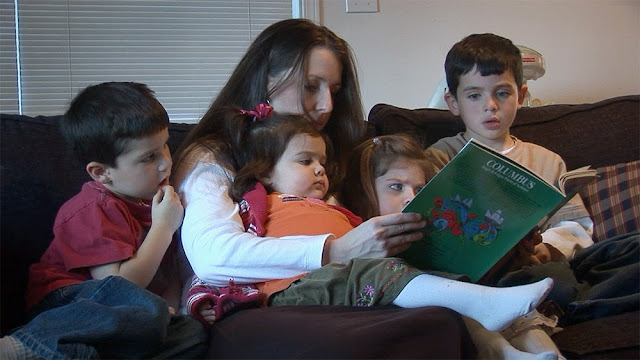 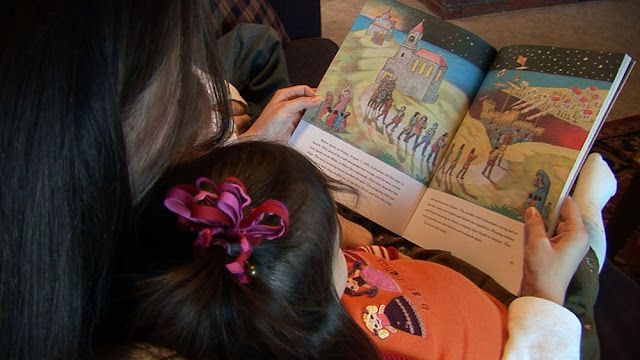 Thanks Marc for the pictures!! (taken last year)

I am going to surprise the Boys with Draw Write Now, Book 2: Christopher Columbus, Autumn Harvest, Weather. I picked up Book 1 at the Conference I attended last May, and it was such a hit that I plan on giving the boys the rest of the Series

for Christmas. I am sure my boys will love trying to recreate some of the pictures.

For a craft, I'm considering either Egg Cup Ships or New World Maps. (Update: We made maps!)

I also pulled out last years Columbus Lapbooks for review, and I (unless we make a trip to the coast -- which I am secretly hoping for since my hubby has the day off!) I will probably deep clean my couch let the children make ships out of pillows like last year.

Enchanted Learning has a number of Activities for children, and I printed off a few.

Since Columbus Day is sometimes called Discoverers' Day we are going to spend a little time learning about the world as it was in the days of the European explorers.


The explorers who came to the Americas found the food enjoyed by the native people to be very different from what they knew at home. They had never seen tomatoes, potatoes, sweet potatoes,maize (corn), pineapples, chili peppers, or even cocoa. The vegetable dishes from the Europe they knew relied on parsnips, cabbages, peas, carrots, turnips, and onions. After being at sea and living off of a diet of lentil soup, salt beef from a barrel, salted sardines, hardtack, and other delights, the fresh, new foods of the islands would have been an astonishing change.

In time, sailors brought the New World foods not only to Europe but also took them along when they settled other lands. And, over the years, the Europeans brought olives, bananas, wheat, and sugarcane to the Americas. Now, about that pizza with no tomato sauce: a kind of pizza had been around for over a thousand years before Columbus made his voyage, but that rich, red sauce we know today comes directly from New World tomatoes he discovered.

For a Columbus Day dinner, ask for Mom or Dad's help to make a meal that shows how the Old World and the New World got together. Here's a recipe for Lentil Stew that blends Old World flavors the sailors knew, such as lentils and onions, with New World ingredients such as tomatoes and potatoes for a delicious dish. Serve it with a nice loaf of Toasted Italian Bread (for Columbus) or Easy Cornbread (for native peoples). After dinner, grab a mug of Thick, Rich, Spanish Hot Chocolate and watch the stars as explorers did on their long voyages.


I also might use Lori's suggestion and make Maryan's super creative Victory Vessels for dinner, converting them into the Nina, Pinta, and Santa Maria! Or maybe I will make Deviled Egg Sailboats for a snack... For a *REALLY* easy snack, you can make Apple Sailboats, using an apple slice, a triangular piece of cheese, & a toothpick.

While I am talking about American History, if any of you are, or will be, studying Jamestown soon, or for a fun follow up to Columbus just for fun, we had a blast making a Jamestown Replica last year!

Anyways, I better get going.. I hope you all have a great weekend and a very fun filled Columbus Day! God Bless!