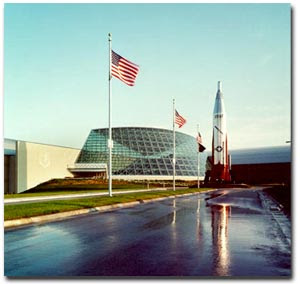 I can't believe that it has taken me so many posts just to tell you about the first 3 days of our trip to Nebraska... Unfortunately, I am not planning on speeding up the process any time soon... Sorry! ;)

On day 4, our first full day in Lincoln, we took a little trip, a bit further east on I-80, to Ashland, Nebraska, to visit the Strategic Air and Space Museum.

The Strategic Air & Space Museum is a museum focusing on United States Air Force military aircraft and nuclear missiles. It was formerly the Strategic Air Command (SAC) Museum at Offutt Air Force Base before it was moved to this 300,000 square foot building in 1998 and renamed in 2001. This museum is regarded as having one of the top collections of strategic aircraft!

I was so busy worrying about where we would be staying come Friday, that I forgot my camera back at the hotel. Luckily, Rascal had his camera (a little disposable -- that we gave him right before we left, and which he had been carrying around everywhere!) with him, so we did get a couple photos...

This is a picture of us (taken by Rascal) in front of the SR-71 Blackbird: 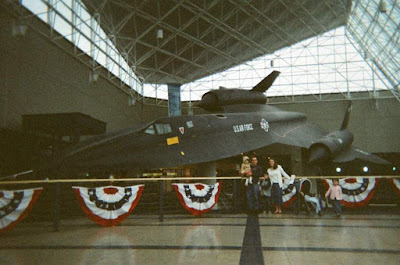 The boys had a blast exploring everything,

and Hubby and Captain even flew in the Flight Simulator!

Not to be left out, Rascal and Snuggles flew in a child size "flight simulator" as well. 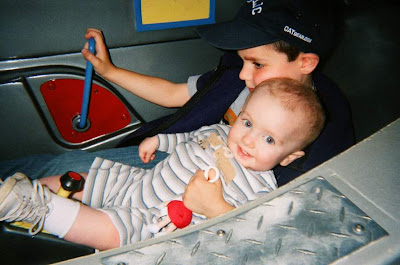 We saw B-29's, F-16's, and one of the only two XF-85 Goblins ever made - a 14' long plane meant to be carried by a bomber and used for missions that exceeded the distance of land based fighter planes.

The boys were disappointed that they didn't have their bomber jackets with them, but before we left, they each got to turn a penny into a souvenir, which they totally loved!
Posted by Jessica Gordon