We have a winner, or THREE!

The results are in on our pumpkin carving entires! Last year, Hubby and Captain entered a pumpkin they did "together," and they won first place... This year they carved their own pumpkins and each came home with first place in their categories!! Rascal's pumpkin came in second place in his category. (He was in the same category as Captain)

Honestly, I was quite surprised that hubby placed at all! He did make a few revisions to his pumpkin before the competition. (See the picture below.) I think the changes helped quite a bit. Our pastor walked over to the "Adult Carved" table, took one look at "Bernini Columns" and said, "Your husband carved that one didn't he?" Who else would come up with Bernini's Columns? 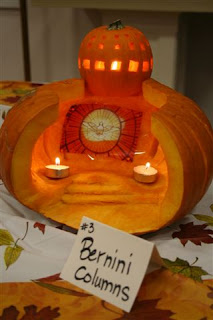 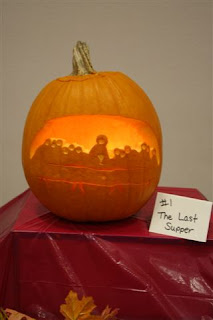 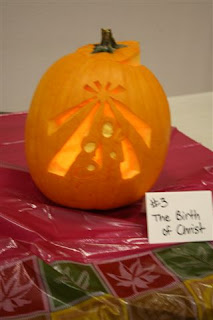 You can view a couple other pumpkins that placed over at Regina's blog: Mary and First Communion. They were pretty cool as well! I really thought Tug should have won for his carving of Mother Teresa, but then again I thought mine was pretty good too ;-) Maybe next year!
Email ThisBlogThis!Share to TwitterShare to FacebookShare to Pinterest
Posted by Jessica Gordon 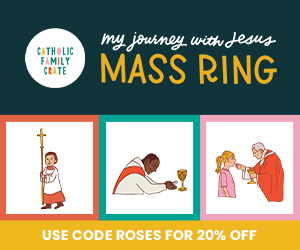