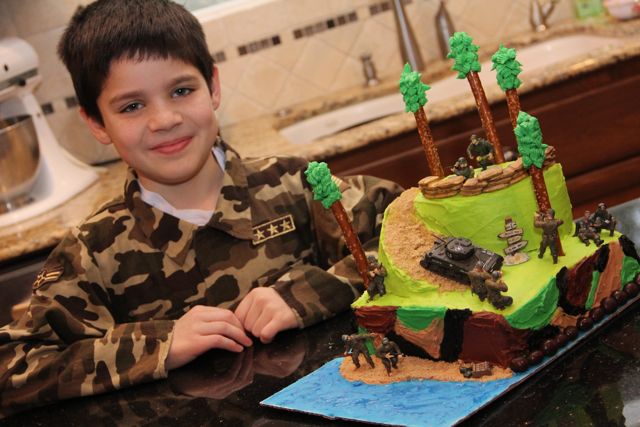 As I mentioned last night, we have a birthday to celebrate today, and the birthday boy ended up asking for a World War II themed party.  Originally he though he wanted a "Deca Sports" theme (10 sports for his 10th birthday) and I started a Board for Sports Themed Party Ideas.  When he changed his mind I never did get back around to looking for and pinning new ideas, I just knew that I wanted to come up with something a little different (and easier) than Captain's Military Themed Party.

This morning I decided to try and find a cake pop recipe, to use up the extra cake and frosting from his Point du Hoc Birthday Cake, and ended up pinning some Grenade Cake Balls created by The Peppered Pantry. 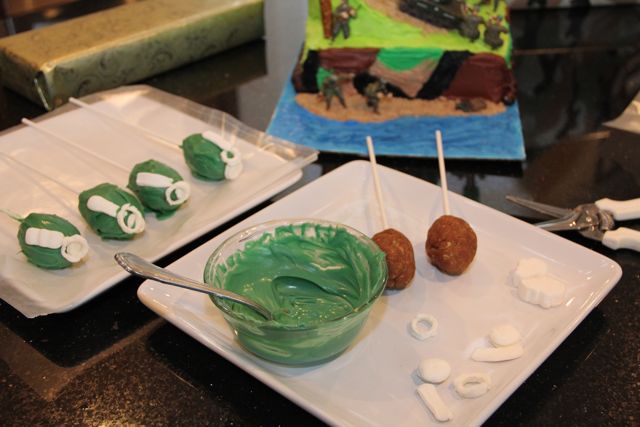 I had almost everything that I needed to make them, except for the white fondant.   Instead I was able to cut some marshmallows into various shapes to use for the caps and levers. 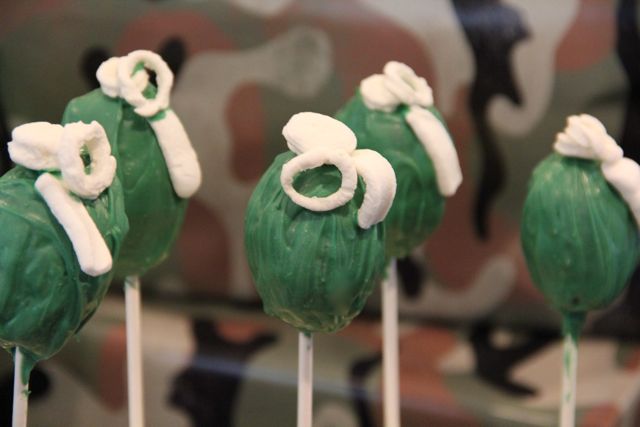 I only made six, one for each of the kids.  They turned out okay, just rather messy looking and I probably should have used shorter lollipop sticks.   Still, they will be a fun addition for today's party! 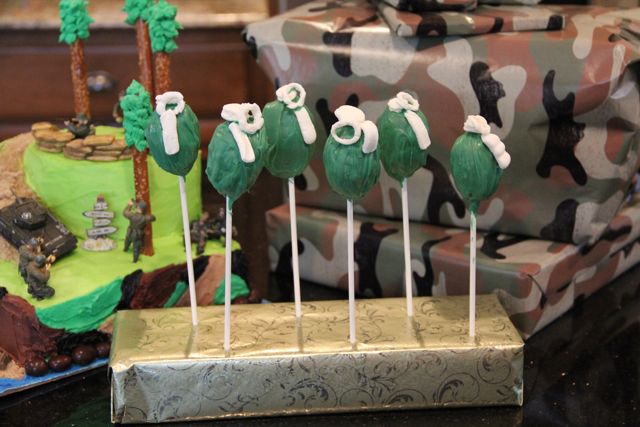