Hubby's birthday was last week. We gave him his gifts and handmade cards on his birthday, and we dropped the children off at a friend's home so we could go out to dinner!! But since he gave up desserts for Lent, we waited until Sunday to have cake.

Hubby LOVES Oreos, so the girls picked out a Chocolate-Covered Oreo Cookie Cake and helped me make it for him. 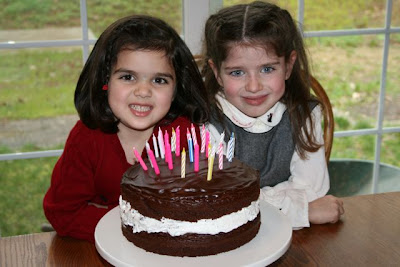 We ended up being seven candles short, but I don't think Hubby minded being thirty again.  ;) 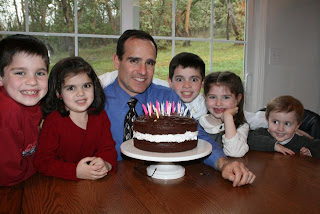 Twinkle Toes has been so helpful lately and asked if she could serve the cake.

The cake was delicious, but so we wouldn't be tempted during Holy Week, we took the remaining half out to my parents and siblings. 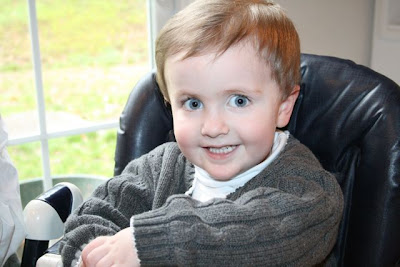 Rose had been up most of the previous two nights and ended up sleeping through the whole celebration.  (She had been spitting up a ton and had been very fussy, but I didn't suspect a virus until Snuggles started throwing up yesterday morning at 5am and continued all day until really late last night.  He seems to be getting better, but hasn't eaten anything yet, so we'll see.   I am praying that they are the only two to get sick and that we are still able to attend at least some of the Triduum services at our Church and do some of our planned activities at home, which look very similar to what we've done in the past. . .)


Happy Birthday Hubby!  We love you!
Posted by Jessica Gordon