The Feast of Blessed Mother Teresa

September 5th is the anniversary of the death of Blessed Mother Teresa, and her feast day.

I remember very clearly traveling to San Francisco in 1988 (when I was just 10 years old!) with my Grandmother to see Mother Teresa, at St. Anne's Church, as she welcomed 11 new nuns into her order. I remember my grandmother telling me that, "one day this amazing little nun will be declared a Saint!" My grandmother passed away just a few short years after that trip. I am so thankful for those precious times we had together, and her amazing love for our Lord and His Saints that she shared with us grandchildren. I sure do miss her, and Mother Teresa always reminds me of my grandma!

You know, my very first "Saint Themed" blog post was on our plans for celebrating this feast last year. I followed that one up with a post containing pictures from our Tea-and-Craft. It doesn't seem like it was that long ago, but it amazes me how much our children have GROWN this past year!

This year, we spent the morning at Mass and Benediction, then picking plums at Father's house. After that we had a few doctors appointments to go to, so by the time we got home it was after 3pm. 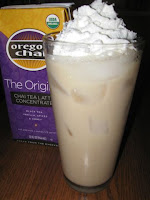 My kids were begging to make Indian Sweet Bread once again, but with so little time I had to improvise. Thankfully I had a package of our favorite uncooked tortillas from Costco in the fridge, so I just sprinkled them with sugar and cooked them like normal. They were GREAT! They were even better than our homemade ones from last year, and SO MUCH easier. I also made iced Chai Latte's with Oregon Chai! Yummmm!!!!

After dinner the children colored the beautiful coloring pages from Charlotte, while listening to The Gospel on Five Fingers.


Every time the "Gospel on Five Fingers" was mentioned, Twinkle Toes would stop coloring, and say it as she counted on her fingers at the same time... "You did it for Me!" It was so very cute! 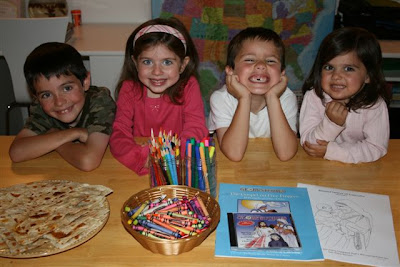 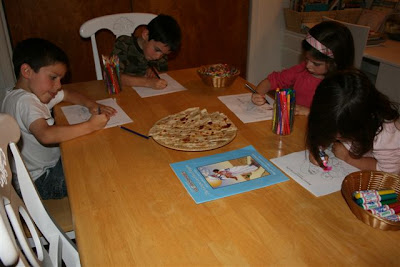 They devoured the Indian Sweet Bread while watching Mother Teresa: Seeing The Face Of Jesus

before bedtime. (It is available to watch instantly on Netflix, for those of you with memberships!)

This coming week we will be reading Mother Teresa

, and the children will each be copying a quote or two of hers to add to their notebooks... 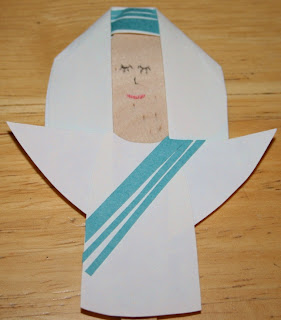 In my search for Wooden Folk, I did run across a bag of wooden spoons, and immediately remembered Alice's Spoon Saints. Since the spoons were quite inexpensive, I purchased a bag. After deciding it would take too much time to make a wooden Mother Teresa, with the short time we had, we made a Mother Teresa Spoon Saint instead. It was quite easy, and turned out pretty good for our first attempt, if I may say so myself. I added a popsicle stick to the back, and told my boys that they could use it as a puppet. Captain replied, "Yeah!! Now all we need are some slums!!!" (They may have to use they little imaginations for that!)